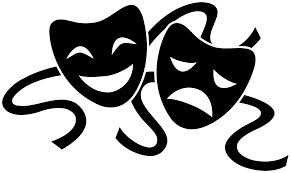 A Comedic-Drama in two acts written & directed by Patrice Daley. The play is about a celebrated San Francisco Chef with a taste problem striving for Michelin Star recognition. Her main competitor resents that she quit his restaurant and opened her own–taking her famed Farallon Island Sauce with her–and takes measures to crush her chances and obtain “stardom” for himself. “Taste” also takes a playful swing at Foodies; an ingredient in our culture that has become wildly prevalent in the last several decades… (Generation Foodie?)… Chef rock stars, the plethora of farm stands, cooking shows and classes, and not forgetting our dear friends who bring their own salt to the dining table! But don’t get me wrong, I’m not a Fudist! (Patrice Daley)

Since January of this year Patrice has been running Acting Workshops and now has an ensemble of talented and enthusiastic Actors. You may know some of them: