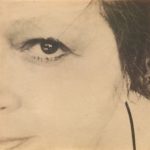 Leslie’s message – which blends nature, spirituality, and activism – is at home in Bolinas.  The daughter of a labor leader and a feminist, music, protest, and healing have always been inseparable to her.  She grew up understanding the power of having a voice, and what a voice!   It is one of the most powerful, moving voices you will ever hear.  Annie Lennox wrote, “Leslie’s voice stands alone.”

She had an illustrious career before taking time off to raise her son and care for her ailing mother.  She has appeared widely in magazines and on television and radio including MTV, VH1, Dateline NBC, Good Morning America, CNN headline News, and CBS Evening News with Dan Rather, to name a few.  She has sung for Nelson Mandela, and she was invited to perform at the Lilith Fair where she shared the stage with Sarah McLachlan, Sheryl Crow, the Indigo Girls, and the Dixie Chicks.

Now she is back with a new album, Balm for Gilead.  Her music has been described as Power Folk, and this new album has gotten great reviews.

Be gloriously moved by the grace of an erupting volcano and the subtlety of scent. — Rolling Stone Magazine