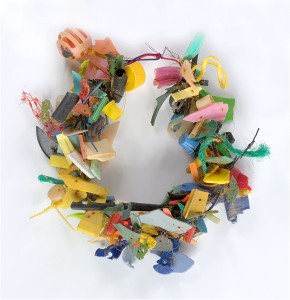 5 Gyres is an ocean conservation non-profit dedicated to the elimination of plastic pollution in the world’s oceans. Gyres form in areas of the ocean where different currents unite in a spiral pattern, often trapping marine debris–much of it plastic. Of the five main gyres, the largest is known as the “Great Pacific Garbage Patch.” Located between California and Hawaii, it is estimated to be between 7-15 million square miles in size–that’s twice the size of the United States! Based on his many excursions to the gyres, 5 Gyres Associate Director Stiv Wilson will share insights on the immensity and global repercussions of marine debris in our oceans and possible solutions for a brighter future. He will be joined by artists Judith Selby Lang and Richard Lang and NOAA’s Gulf of the Farralones National Marine Sanctuary marine debris researcher Kate Bimrose who will share their local knowledge.