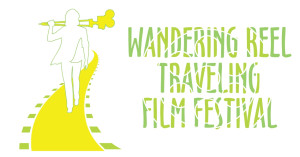 Lagunitas Brewing Company and Sola Wine are sponsoring the event!

The Wandering Reel is a traveling short film festival showcasing compassionate and artful cinema for communities without access to such films. We strive to engage that audience in a deeper conversation about the nature of cinema, the movie industry and the films themselves and how they relate to community, conscious living and making the world a better, more unified place.

The evening will feature a customized selection of films from each of the five regular Wandering Reel programs, chosen by our curator in spontaneous fashion as the evening unfolds to suit the mood and taste of the crowd, and perhaps challenge their sensibilities as well. Read more about the films at www.wanderingreel.org.